Pennsylvania now has the 2020 Census Data and knows it will be going from 18 congressional districts to 17. What might a new map look like? That will depend on the priorities.

The following set of maps were created to illustrate it is possible, using a minimal overall population range, to keep every municipality in Pennsylvania whole (except Philadelphia).

These priorities and considerations were applied to the maps as follows:

* 14 county divisions (16 total splits) seemed to be a common outcome in map configurations.

Some district configurations are interchangeable between maps. 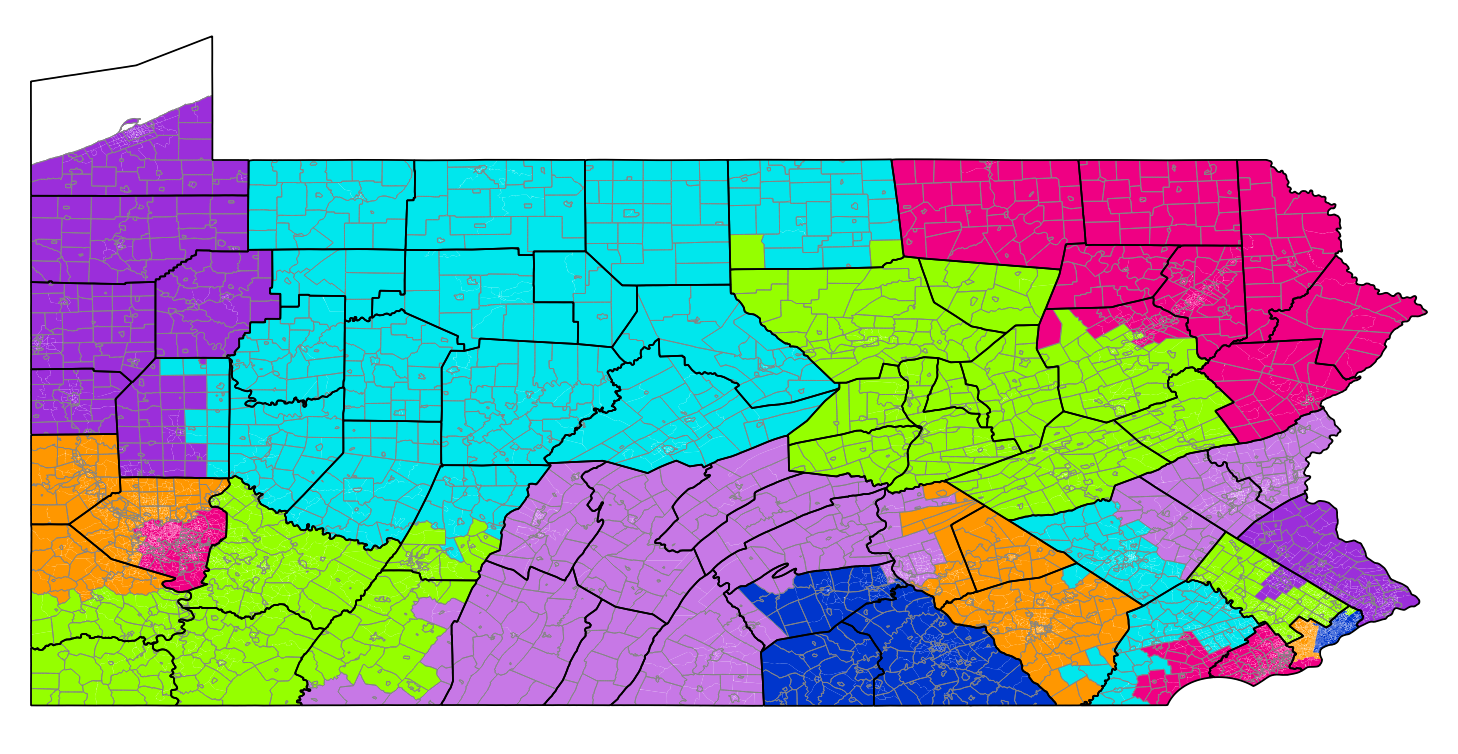 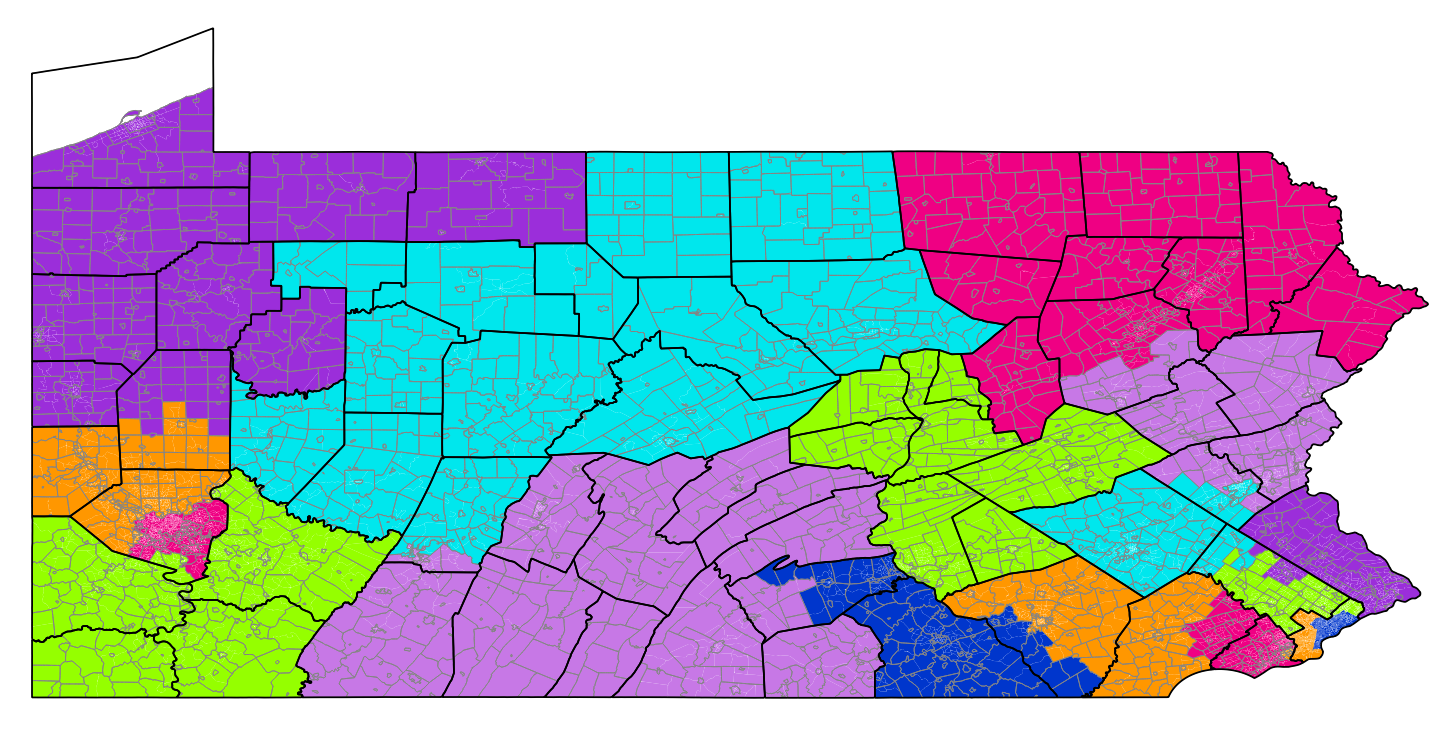 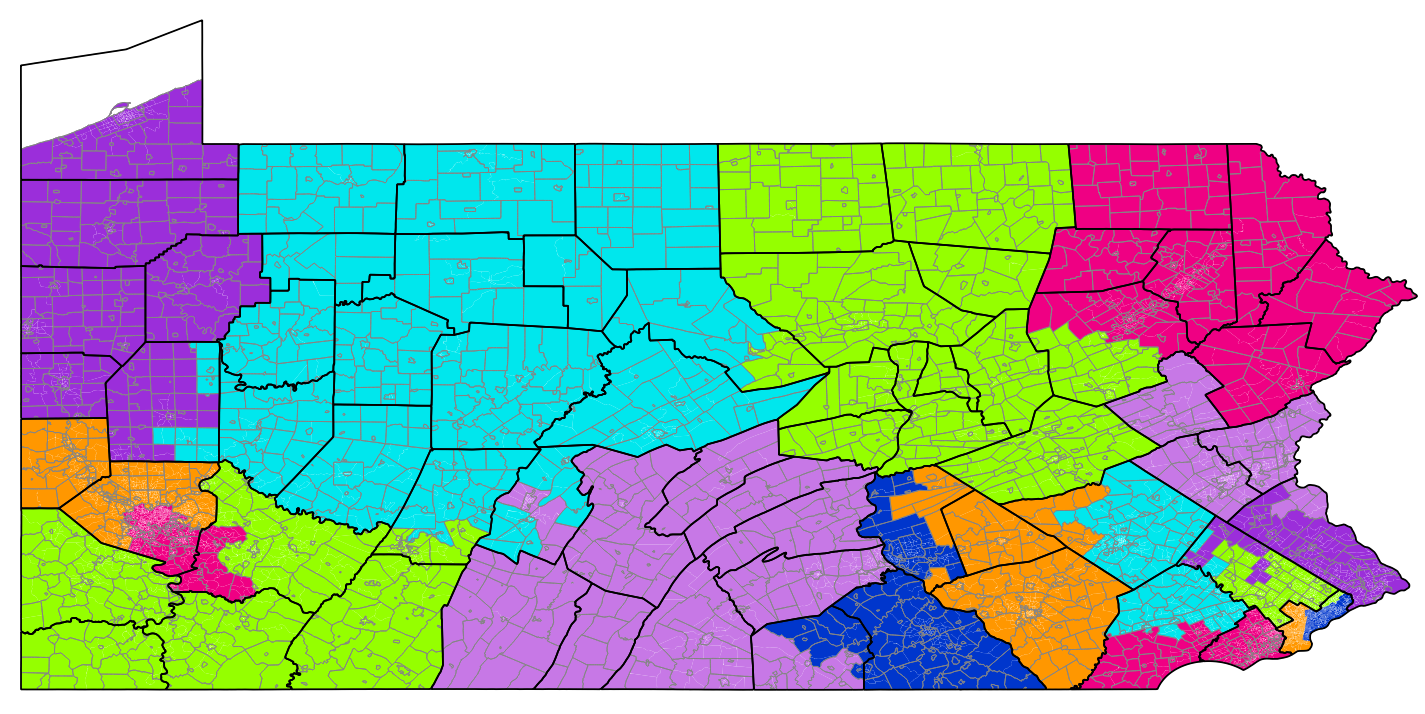 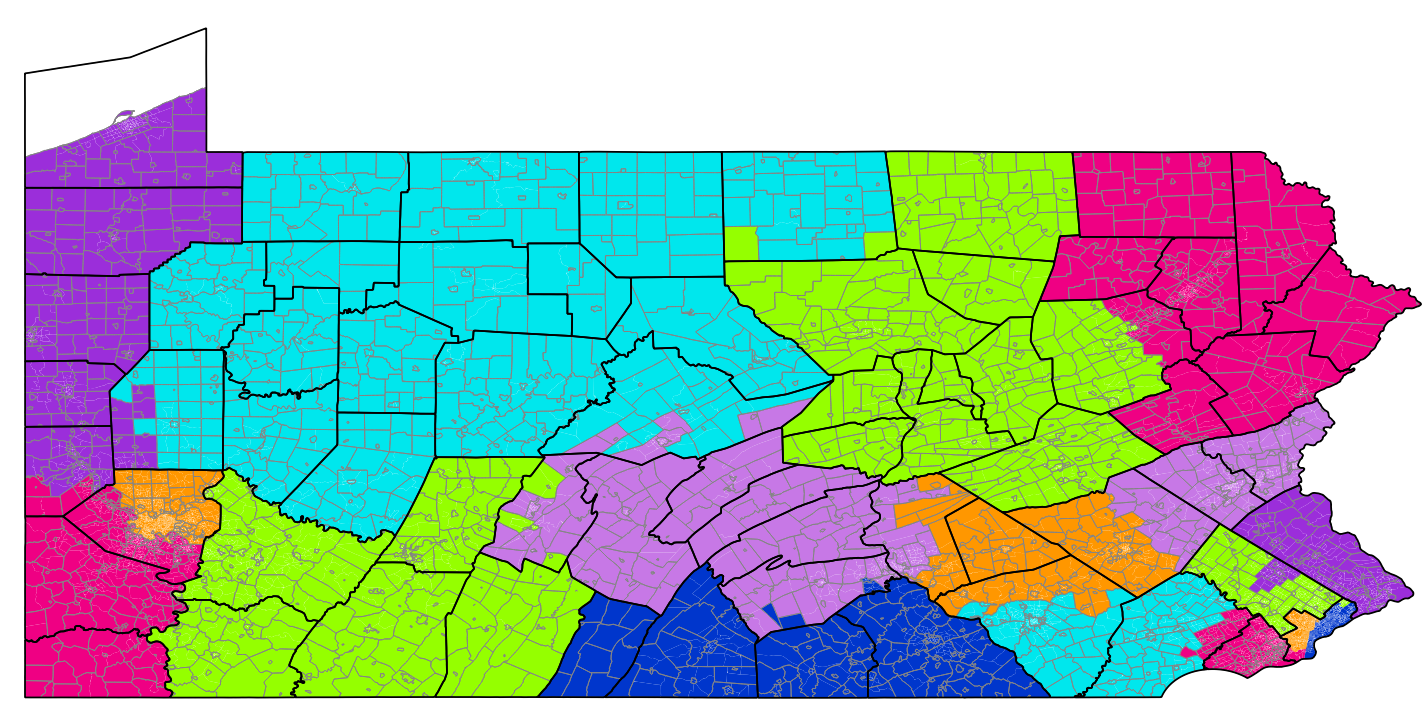 It is clear every municipality (other than Philadelphia) may remain whole when forming congressional districts. The law clearly allows small population variances to accommodate such an important state interest.

Breakdown of a Court-Drawn Congressional Map