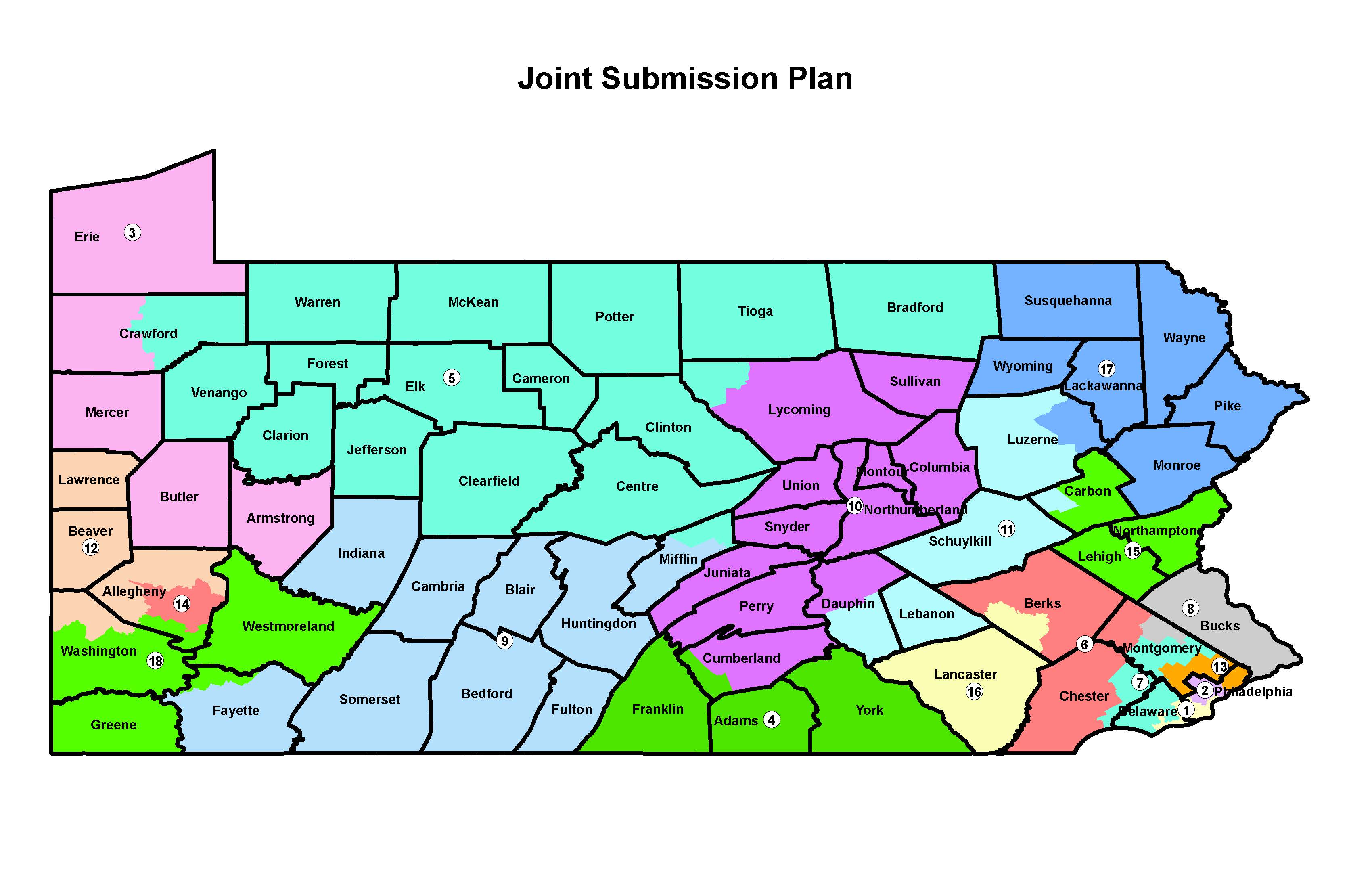 While the map is undeniably an improvement over the 2011 version, a deeper analysis shows some shortcomings and reveals several choices with far-reaching impacts.

At a county level, Delaware County and at least one of the four divisions in Montgomery County are not needed. 16 of the proposed 17 municipal splits might also be avoided. Nothing was released on the number of Wards split, meaning the total split count will likely increase once those stats are available. (Note the state split counts are estimates based on data available today.)

Three key choices created a chain-reaction which directed the placement of district boundaries.

Choice 2: Consolidate Congressional District 12. The southwest region lost a congressional district in 2011, causing two districts to merge into a reconfigured CD 12. The current district sprawls from Beaver across Allegheny and Westmoreland and into Somerset and Cambria. The State chose to go no further east than Allegheny. The State turned to Lawrence County to pick up the needed population from this shift.

Choice 3: Extend CD 10 further south, moving it out of the northern part of the state. This forced changes to other district boundaries.

The issues in the southeast region stem from one simple, yet complex question: Must municipal and county boundaries be sacrificed for minorities?

The State Legislature has consistently taken the position that Congressional District 1 (CD 1) is a minority-majority district and so requires extending into Delaware County to pick up more minorities.

But is Congressional District 1 actually a minority-majority district? Courts have typically made this determination by this standard: the minority group must be geographically concentrated enough to exceed 50% of the over 18 population in a district. Is that the case with CD 1?

To test this theory, I’ve compared two different boundaries for CD 1 — one that extends into Delaware County (State CD 1) and one that remains entirely in Philadelphia (Holt CD 1).

This exposes the fallacy of the State Legislature’s position on Congressional District 1. The minority population receives even more favorable treatment under a map respecting county boundaries.

The ripple affect from CD 1 is felt in the entire southeast region. Choosing to follow the route of the State Legislature leads to needless divisions in the surrounding counties (particularly Delaware and Montgomery). Once again, minorities are used as an excuse to create splits where none are actually required.

Again, members of the legislature continue to misunderstand the federal rules on equality. The Pennsylvania Republican Senate said, “In compliance with federal law with respect to population deviations, no district is over or underpopulated by more than one person.”

This directly contradicts the statements made in the last Pennsylvania congressional case where the Court said, “the desire to avoid splitting precincts is a legitimate state interest which could justify a nineteen person deviation.”

The map put forward by Scarnati and Turzai includes a zero deviation, but also splits 17 voting precincts. If needed to eliminate these, federal case law would permit some deviations to avoid divisions to local municipalities. This same court even acknowledged the cost created by splitting a voting precinct and the value of eliminating them from the congressional map.

Setting aside the Court Order, Pennsylvania congressional maps historically are approved by a legislative bill. If the previous maps are to be changed, then eventually there will need to be a legislative vote to approve a new set of maps.

It will be interesting to see how Governor Wolf responds. Will he push for no municipal splits? Or will he abandon the direction of the Court Order and leave behind the neutral standards put forth by the Pennsylvania Supreme Court? And what will the voice of the General Assembly say when it finally weighs in? 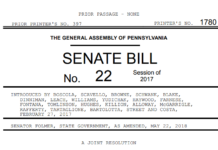 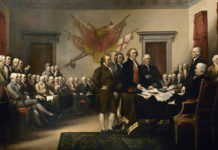