On the eve of the Revised Final Plan public unveiling, we now turn our attention to the House plan — why it was egregious and what quick clues that will indicate whether or not this plan will abide by our constitution.

We begin with reviewing just why the Pennsylvania Supreme Court sent it back to the commission for a re-do in the first place. The primary cause in the House was an excessive number of avoidable subdivision splits (court evidence showed an over 50% reduction was possible). The Justices specifically noted it would not forbid specific divisions, just that the LRC should stay within the limits set by the Constitution.

Even more striking are the charts illustrating the reduction possible to “places” alone! Places includes cities, boroughs, and townships. The three ways of counting show reductions ranging from 50 to 120.

The same is true of wards.  The three ways of counting show reductions ranging from 70 to 170!

12 pieces of districts in the Revised Preliminary Plan are not attached to the rest of their districts. They include portions of the following townships:

These show that the excessive divisions were not made to keep districts compact. See page 11 of the Holt Testimony for illustrations.

Numerous districts fail to meet any common sense definition of compactness. Take a look below at some of the more striking examples. There is the “before” from the 2011 LRC plan and then the “after” from 2012. See much of a difference? Neither do I. 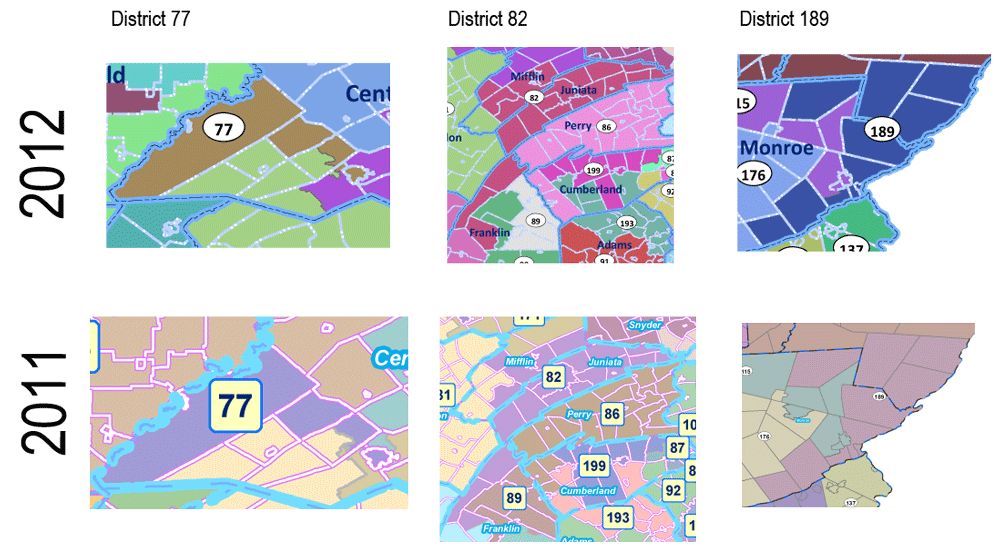 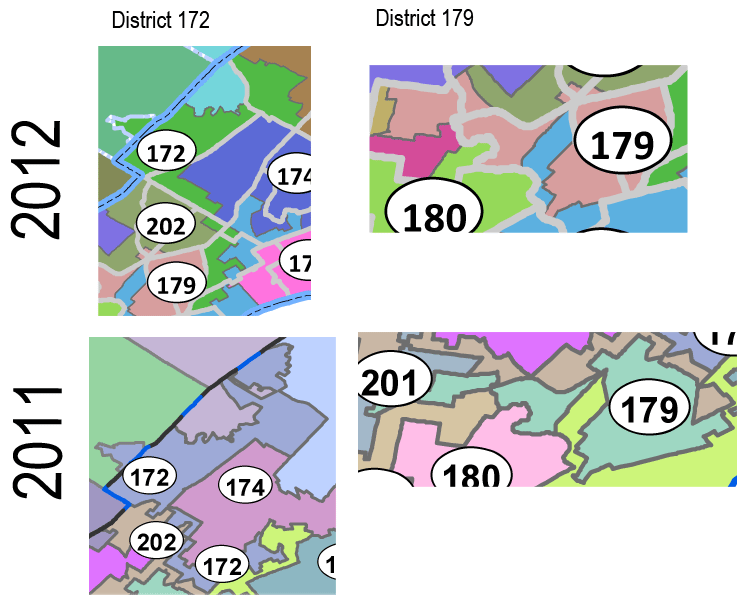 In addition, the excessive divisions were not made to increase minority strength in districts. The Commission’s House Plan only had 16 minority-majority districts, while public testimony showed 18-19 districts were possible while still significantly reducing the number of splits. And all this could be accomplished at a slightly lower overall population deviation.

When the Final Plan is revealed tomorrow (on June 8), it is important to watch for signs of trouble. Checking the following five elements will indicate whether or not our constitution was put first:

If all of these are true of the final plan, it will indicate that the final plan has moved toward constitutional compliance.  Of course conclusive proof will only come from statewide analysis.

Watch PCN tomorrow at 2pm to find out what happens. Be sure to check out my Senate Recap, as well.